This content is no longer available. However, if you already have access to this event, you may need to login first.

A Peek into Observability from Testers Lens 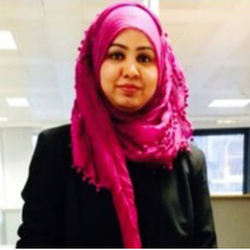 In this current modern technology world where we are working with so many different types of systems - microservices, distributed system and many others which are kind of huge spider webs. Imagine while testing these distributed systems and you have no clue of what’s going on under the hood. Gone are the days where testers have to rely only testing the user interface or the api’s. I worked on a distributed system where no one had an answer to what’s going wrong whenever there was a production issue each time. We had some monitoring and logging in place but we had no clue where to look at when things went wrong on production. There was a need to have more powerful insights of the internals of the system and more than that there was a need for visibility to understand what’s happening under the hood of the system which is giving the team the superpowers to predict the future.

This is where we started first steps into ‘Observability’ Key takeaways.

You need to be registered as an attendee in order to comment on this talk.

Your logo could go here!

You need to register to perform this action. Simply enter your email into the box below.

This website (and some of its third-party tools) use cookies. These are important as they allow us to deliver an exceptional experience whilst browsing the site.

By clicking 'Accept', you agree to the use of cookies.